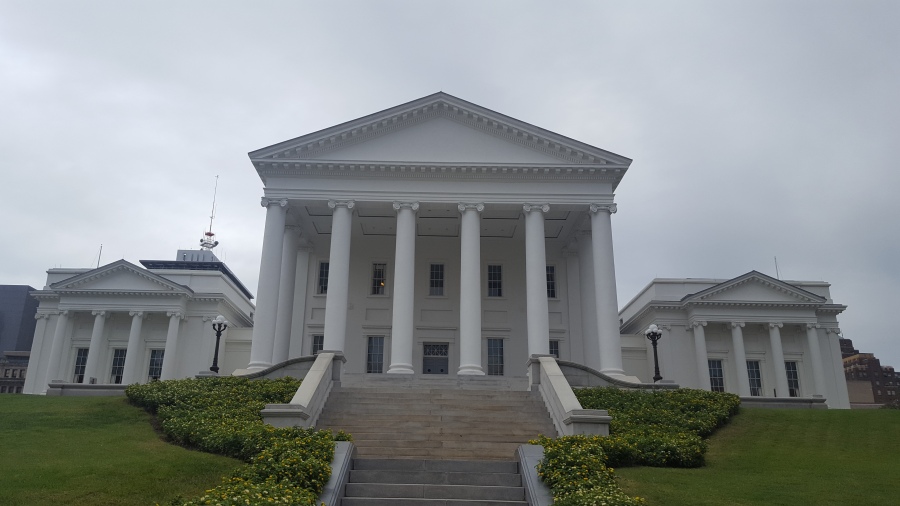 When we visited Columbia, SC, we learned that the city was laid out in advance before it was settled by very many people. This made it very easy to find your way around town as everything was laid out in perfect right angles. This did not seem to be the case for Richmond. When our GPS told us we were at the Capitol Building, we couldn’t even see the building, let alone find any parking nearby. We drove aimlessly for a bit until we found a spot about a quarter of a mile away from the Capitol. We found and went through the underground entrance where we learned that a tour was just starting. We scrambled up a few flights of stairs to catch up with the tour. The highlight of the tour had to have been the marble George Washington statue that was in the rotunda. This was created by French artist, Houdon. He famously created a life mask of George Washington’s face and took other measurements to create what is thought to be the most accurate representation of George Washington. At the date of writing this post, we have since seen many bronze copies of this statue throughout many different cities. We were glad to see the original. Also located in the building was a statue of Robert E. Lee where he stood when he accepted the position of General for the Confederate Army. 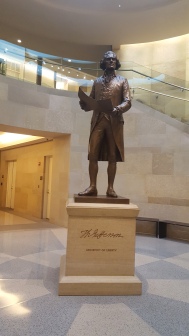 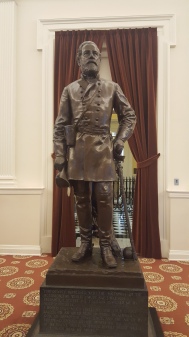 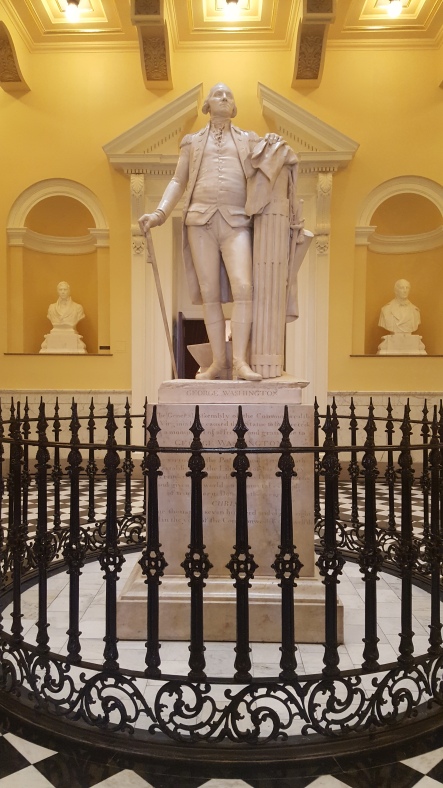 Our next stop was to see the White House and Museum of the Confederacy. We once again struggled our way through the city to find the place and parking for it. When we arrived we realized we were hungry, but we were not about to leave the parking place that we had worked so hard to find. We asked the worker in the museum what was within walking distance, and they said the only food was in the hospital. Hospital food it was! Thankfully, they had a food court, and we got some Chick-fil-a. This was probably a bad idea, as over the next couple days we both developed colds. We took a tour of the Confederate White House and then went through the museum. Both were interesting as they told the story more from the Confederate side of things which is not usually how the story is told.

On our way out of town, we drove through monument hall and tried to look at the statues while driving by – all while trying not to get honked at. We about got lost again but somehow made it out of the city. We drove to Charlottesville KOA which was located near Monticello where we planned to visit the next day. It was raining, so we decided we would just sleep in the front seats of our car rather than set up everything in the rain. We had also been told that there were quite a few bears and copperheads in the area. The rain did not stop us from being hungry, so we threw on our raincoats and got a fire going. Thanks to a firestarter, we did not have much trouble getting a fire started. We cooked our hotdogs and ate some chips while enjoying each other’s company. Somehow we weren’t totally sick of each other after being cooped up together for a couple weeks in a row. Stay tuned for future posts to see if that changes. 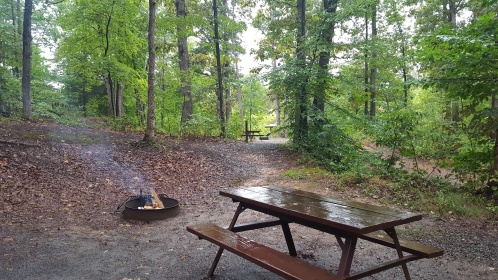 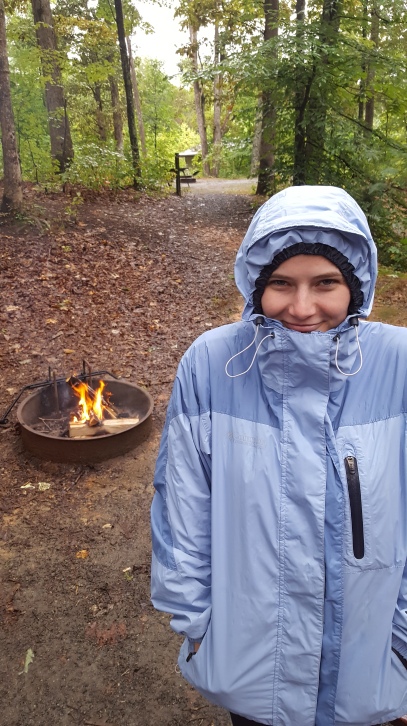