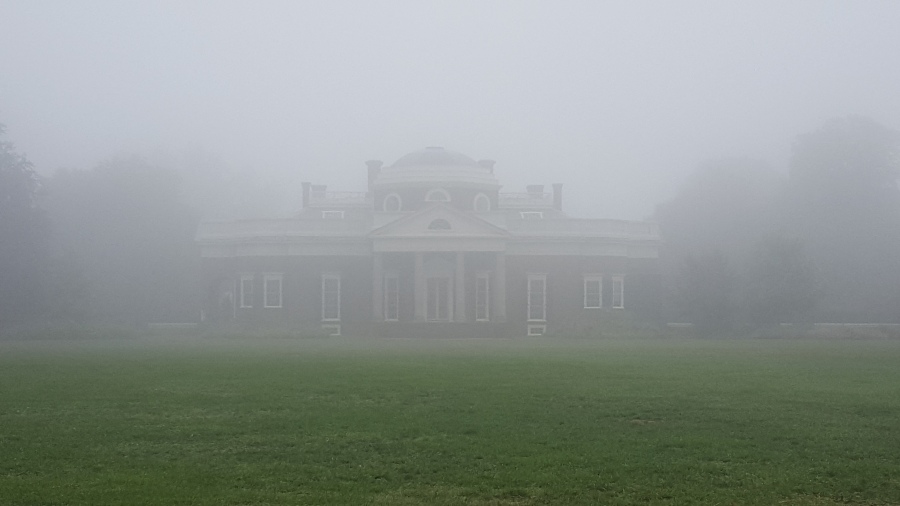 When we awoke, we noticed we had the early signs of a cold (probably form eating at the hospital). We ate at Waffle House for breakfast before visiting Monticello. On the way there, we bought some echinacea tea; or, as Myles calls it, euthanasia tea, to help with our colds.  Even though it was a dreary day, Monticello was still fascinating to visit. One truly gains a new respect for Thomas Jefferson after visiting and learning more about his life. One thing that really stuck out to us was how important education and knowledge was to Jefferson. He had a massive personal library which ended up being the start of the new Library of Congress after the previous one was burnt down in the War of 1812. Surely Jefferson’s influence at the early stages of the nation played a role in how the US quickly became leaders in technology and innovation. Not to mention the role that Jefferson played in writing our founding documents. We visited the house, grounds, and museum before driving on towards Shenandoah National Park. We planned on taking a few trails there; however, when we arrived, we were still not feeling well and it was a nasty, cold day. We walked through the exhibits at the visitor center before driving along Skyline Drive. The views along Skyline Drive are supposed to be gorgeous, but we wouldn’t know as the fog and rain obscured our vision of the landscape. Oh well, maybe we’ll see it again on a future trip. We drove to Manassas, VA and ate at Olive Garden before checking into a hotel room for the night. 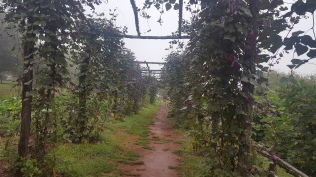 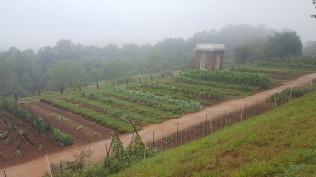