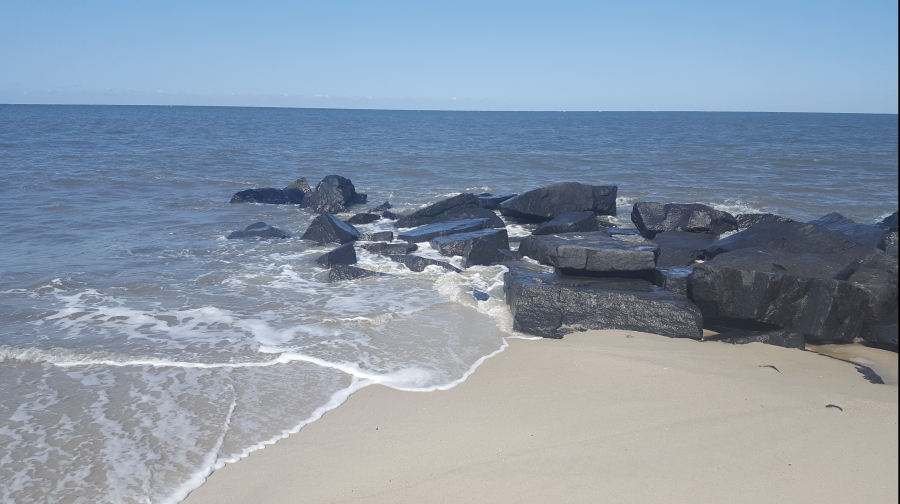 We booked it out of the KOA in the morning and grabbed some tasty breakfast at Uncle Bill’s Pancake House. Afterward we went to Sunset Beach for a bit. Unfortunately, it was a slightly overcast and chilly day. The beach was difficult to walk on as the sand was very “squishy” which caused us to sink in with every step. Along with that, the beach was not very clean so we took a short walk before heading to the ferry that would take us from Cape May to Lewes, DE. We grabbed a drink at the restaurant while waiting for the ferry to arrive. Upon boarding, we scrambled to the top deck to get a good view for the 1.5 hour journey. Not 10 minutes after the ferry departed, we immediately found we needed Dramamine. Lauren went to find some, and stumbled as she entered the store. The clerk smiled as Lauren asked if they had any before handing over a couple expensive boxes of the drug. Thankfully, it was quick acting, and we were both feeling much less sick right away. Unfortunately, we both experienced a rather severe side effect. We turned into grouches. This drug has the unique ability to make a kind person truly become a monster of grumpiness. Both of us insisted that it was the other that was grumpy. Neither of us thought we were grumpy and that it was entirely the other’s fault. Our speech was soon reduced to a series of grunts, nods, and facial expressions. But boy did we have our sea legs! Along the ride we saw some joyful dolphins that – given our state of mind – we probably would’ve wished ill upon if given the chance.

Upon arriving in Lewes, DE, we drove down to Ocean City, MD where Lauren had booked a room at the Grand Hotel which was located along the boardwalk. We walked along the boardwalk for a while before grabbing dinner at Blu Crabhouse. We sat at the bar for happy hour and enjoyed great food for ridiculously cheap prices because of their Sunday football specials. We were still incredibly grumpy so we went back to our room where we grudgingly enjoyed the beautiful view of the ocean and beach. 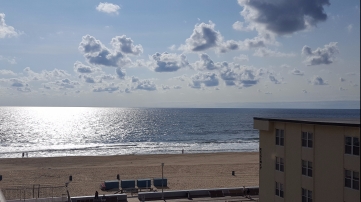