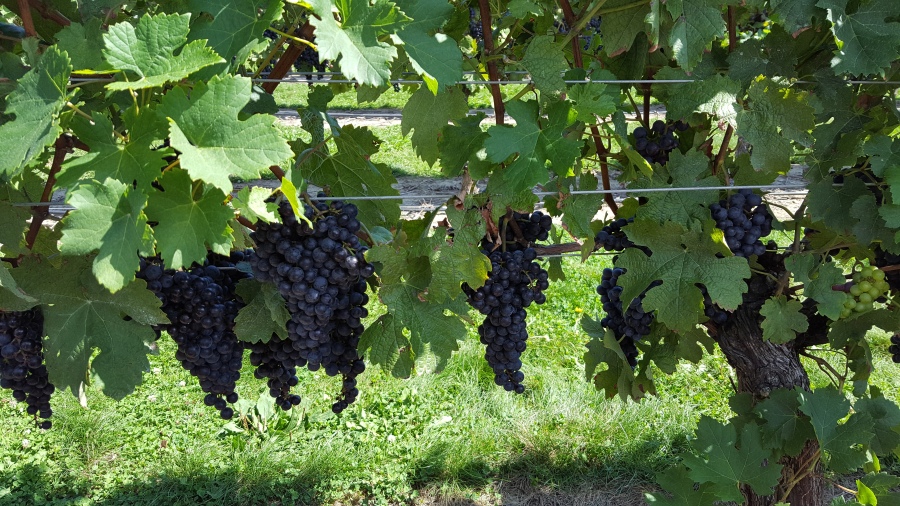 We packed up our tent and drove to Newport, RI where we planned on doing the cliff walk – a 4 mile hike along the rocky Rhode Island coast which was strewn with multi-million dollar homes. Before we started, Lauren read the description to Myles which mentioned that the trail gets rougher the farther you go along. We found a parking meter along the beach and discovered that there was a meter with a maximum of 3 hours of parking. Lauren told Myles to put in money to cover the full three hours “just in case.” Myles was sure that Lauren would get tired of the hike and want to turn back well before our time was up so he only put in enough money for 2.5 hours. Uh oh. We walked the trail and enjoyed the many sights. Along the way, we noticed that there were mile markers and that we were shaving off the distance in little time. The next thing we knew, it had been 1 hr 15 min. since we left, and we needed to make a crucial decision – turn back or keep moving forward and catch the trolley back to the trail head. We decided for the latter and walked all the way to the end of the trail. Knowing we wouldn’t make it back in time if we walked back, we walked to the bus stop and waited for the trolley. When the trolley arrived, we asked if it went to the visitor center (we noticed a visitor center close to where we parked) and they responded that it did. We rode on the trolley for about 30 minutes and arrived at the visitor center – except this wasn’t the one we had seen earlier. We looked at the map on our phones and discovered we were across town, 2 miles away from our parking spot and we only had 20 minutes left on our parking. This worried us as we had seen tickets being written left and right when we arrived at the parking spot. We looked at how long it would take to get an Uber or take the trolley back to our parking spot and discovered that it would take longer than 20 minutes. Being sick of this trolley nonsense, Lauren decided we should just walk back. So we started to speed walk back – uphill of course. At the very end, it finally was downhill so we jogged for a bit. At this point we had walked about 7 miles and not had lunch. We arrived at our car only about 15 minutes late, dreading the worst. Miraculously, we did not have a ticket! We were relieved and ate some ham sandwiches from our cooler. 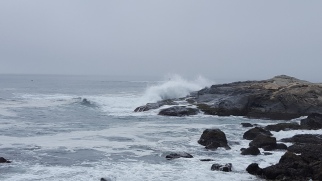 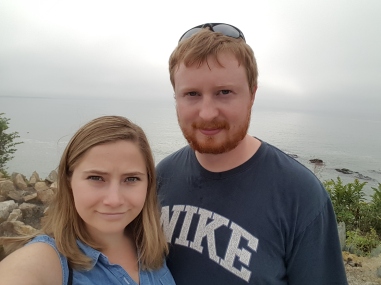 After taking a quick breather, we went to Newport Vineyard and took a tour of the winery. Afterward we did some wine tasting which was fun. We noticed that their sweet wines were the best so we decided to try their ice wine. Ice wine is a dessert wine which is made from grapes that are harvested in the dead of winter after the grapes are frozen solid. Because the grapes are frozen, only a drop or two of juice comes from each individual grape. This causes the juice to be extremely high in sugar content and very crisp. As they poured the ice wine, we noticed that it was very viscous – almost like honey. It smelled of honey, apples, grapes, apricot, and blah blah blah. Whatever, power of suggestion works wonders during a wine tasting. You’ll swear that you really are tasting all the flavors that they tell you you should be tasting. Blah blah blah. Regardless, it was frickin’ delicious and Lauren fell in love. For those that don’t know Lauren, she loves her sweets so this was right up her alley. We learned that it was $40 for a bottle which was only about half the size of a regular wine bottle. We decided not to buy any at this location because we had read and heard that the best ice wine was up in Canada and northern New York where we planned on visiting later in our trip. 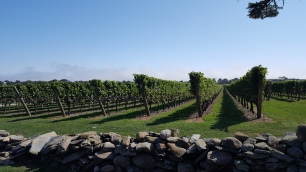 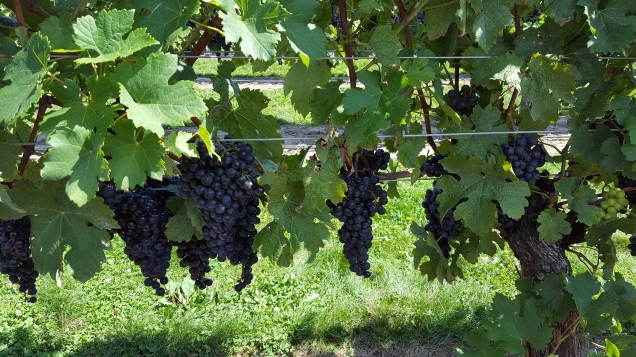 After the vineyard, we drove to Cape Cod and ate at a highly rated seafood place where Myles had his first lobster roll. Lauren had booked a couple nights at Bayside Resort which we discovered, upon arriving, should’ve been named “Marsh Resort.”. Not after us, but after the fact that it was built on a salt marsh and that they had trucked in a fake beach of sand overlooking a frickin’ salt marsh. What beauty!(sarcasm)…