At this point in our trip, we had been gone for so long we were ready to get home to a real shower and a nice dinner. For that reason, we decided to take a couple points of interest off our list so we could make it home sooner. We drove a few hours to the Mount Washington Cog Railway where we rode to the top of Mount Washington. The railway was very interesting to learn about and the ride to the top had a grade as steep as 37%. At the top of the 6,289′ mountain, it was freezing cold and completely overcast. We were told that the views at the top were amazing but we had to just take their word on that. We saw snow. Brrr. We went inside the visitor building and got some hot chocolate. We walked around for about an hour before we re-boarded and rode back down the mountain. 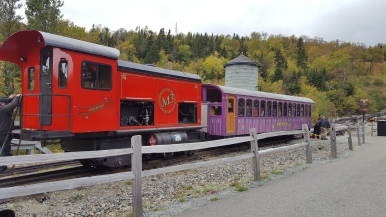 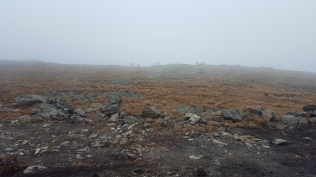 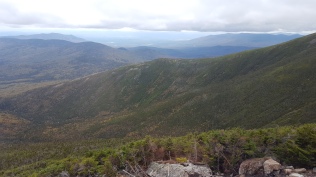 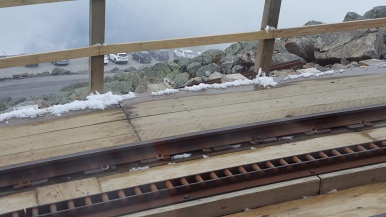 We decided not to stop in Vermont to do anything so we drove about 6.5 hours to stay the night in Syracuse, NY.

The next day, we drove a couple more hours to Niagara Falls where we grabbed lunch and checked into our hotel early. We walked around on Goat Island to view the Horseshoe and American Falls. We also walked out on the observation deck and waited for the sunset so we could see the lights shine on the falls. Unfortunately, we got too cold and hungry and decided to leave before it got dark enough. We walked around town for a bit and grabbed some dinner. 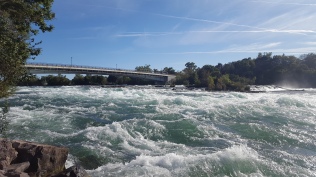 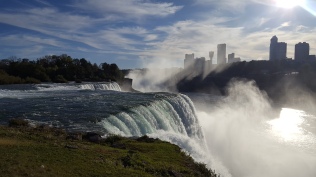 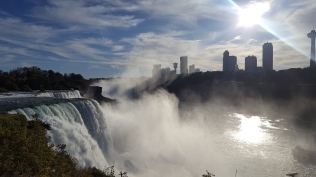 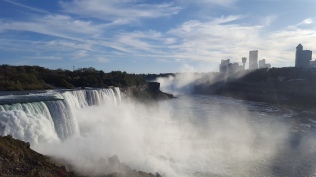 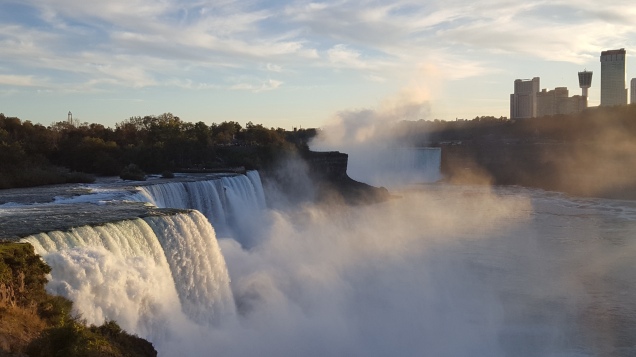 The final day of our trip was jam-packed with activities. We went downstream to view the giant whirlpool and took a trail along the gorge for a while. The area is also known for its vineyards. Having had a taste of some delicious ice wine when we were in Rhode Island, Lauren found some vineyards that were said to have some good ice wine. We visited Shulze Vineyard, Leonard Oaks Estate Winery, and Arrowhead Spring Vineyards where we did tastings at each one. We bought some wine and ice wine at a couple of them. After the first one, we had lunch at Live Edge Brewery Company where we had delicious burgers. At the last vineyard, the worker recommended that we go to Buffalo to get some “real” buffalo wings. We took him up on his advice and had some very delicious buffalo wings. We learned that one of the secrets is that they are double fried. At this point it was getting dark and we were about 7.5 hours away from home. We decided we would drive as far as we could get before stopping for the night. Myles drank some very strong coffee, and we ended up making it all the way home. We arrived around 2:30 in the morning. 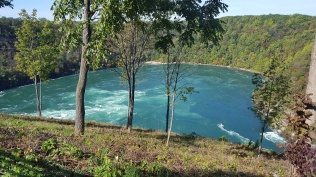 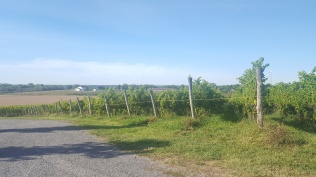 This concludes our trip of the Eastern United States. We took a few days to visit family and organize for our Western United States trip. At the time of writing this, we are already in California so we are still a little behind on our posts…stay tuned.